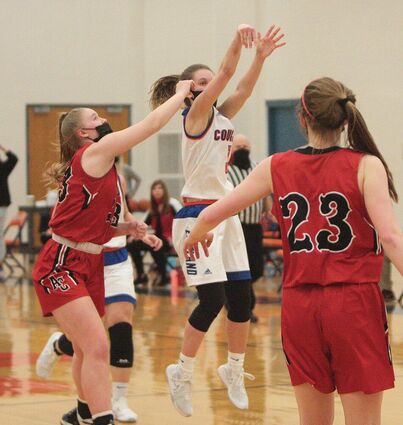 Last year, during the Sectional Championship game, Natalie Hughes was sitting in the stands with some West Carroll teammates when Lydia Coatney hit the last second shot that won the game for the Eastland Cougars.

Tuesday night in Lanark, now in an Eastland jersey herself, Hughes got the ball with six seconds to play after Amboy had just tied the game at 49-49.

"We had a time out, but there was no way you can set up a last second shot against their defense, they're too good," said head coach Nicole Brinker. "So I just let it play out to see what might happen in transition."