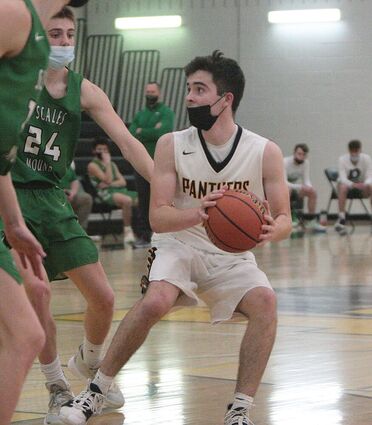 Evan England riddled the Hornets for 20 points in the first half, then made the game winning, buzzer beating, three pointer from beyond NBA range in overtime.

Lena-Winslow's new transfer student, Evan England, proved he can do just about anything. He may not like it ... for example he hates doing the quotient rule for a derivative in Calculus class ... but he can still do it.

Wednesday night in Lena, England put on a show that was almost impossible to believe, even for those who saw it. With good defenders in his face, he lit up the Scales Mound Hornets for 20 points in the first half!