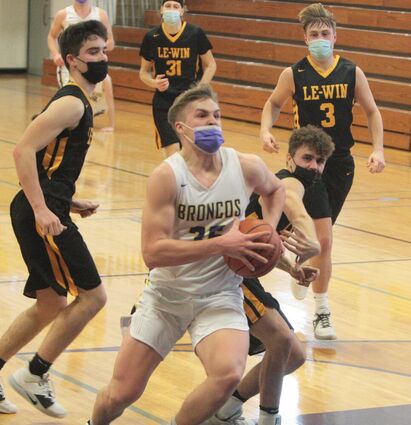 Orangeville senior Zach Baker had a routine breakfast ... for him.

"Waffles, three eggs and Rice Krispies with some bananas in it," his mother reported.

Maybe it was the bananas, but the Bronco big man was unstoppable Saturday afternoon in their conference battle with Lena-Winslow as the Broncos used a 24-7 fourth quarter to turn what had been a neck and neck contest into a lopsided finish.

"Even though the game was close, I kept getting the feeling like we were lucky to be in it," said Panther head coach Kyle Benson. "They brought the energy and aggressiveness in the first quarter and...