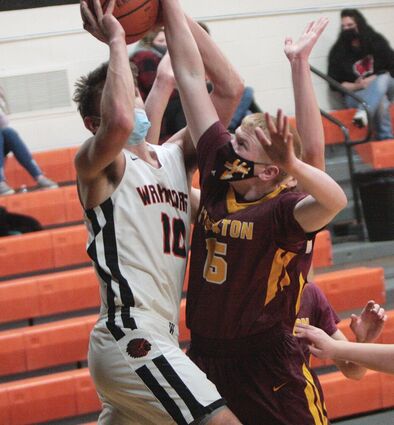 In the rivalry battle between Stockton and Warren Wednesday night, neither team was able to fully assert itself and take control of the game until the 2:38 mark of the third period – after Stockton had cut the Warrior lead to only three at 31-28.

But it was at that point that Warren made a concerted effort to get the ball inside to their big man – Braydon Bohnsack.

"I thought that when we worked the ball inside, they realized they had a mismatch," said head coach Josh Knuth. "We did a really nice job I thought of passing the ball and getting assists."

Stockton simply could not match...