For Want Of A Whistle 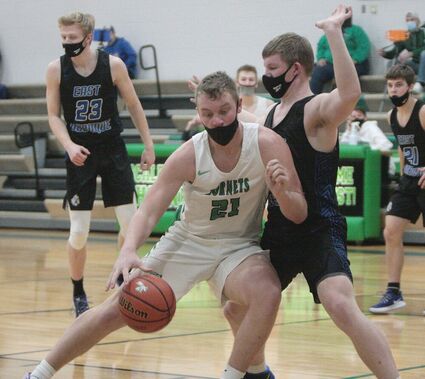 In what can best be described as the best game of the season, the East Dubuque Warriors and Scales Mound Hornets battled it out into double overtime before the Warriors escaped with a slim 73-72 victory.

Early on, it looked as if it would be no contest as East Dubuque deposited a bug bomb in the Scales Mound gym – exploding out to a commanding 19-6 lead in the second quarter. But then the Hornets began to climb back into the game – cutting the margin to only seven by halftime at 25-18.

Collin Fosler, Ben Werner and Ben Vandigo all combined to close the gap as the Hornets were either d...