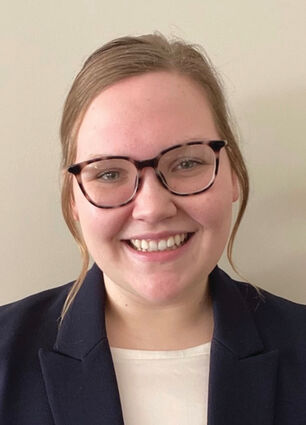 Freeport's Sydney Petersen was the Sectional Champion in both Informative Speaking and Original Oratory, and will compete at the State finals this weekend.

For Sydney Petersen of Freeport, Saturday's Speech Sectional was almost a dream come true as she not only qualified for the State finals this weekend, but was the Sectional Champion in both of her events – Informative Speaking and Original Oratory.

The same situation fell into the lap of Lena-Winslow sophomore Rowen Schulz who will have to put basketball on hold for one more weekend as he claimed the Sectional championship in Humorous Interp.

But as thrilling as that was for the two local Speech stars, the other side of the coin was a bitter pill to swallow – especially for EPC senior...