DO You Know These Christmas Facts? 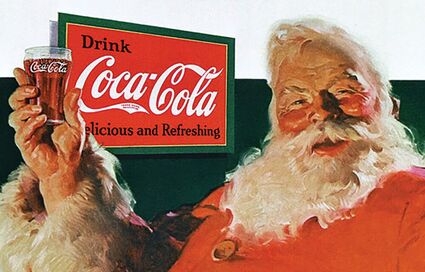 The Original Coke Santa from 1931 created our image of Santa Claus today.

You probably already knew that the idea of Santa Claus came from St. Nicholas, but the real saint wasn't a bearded man who wore a red suit. That all came much later. According to legend, the fourth-century Christian bishop gave away his abundant inheritance to help the needy and rescued women from servitude. His name was Sinter Klaas in Dutch, which later morphed into Santa Claus. The rest of the trappings followed.

Before Coca-Cola got in on it, Santa used to look a lot less jolly - even spooky. It wasn't until 1931, when the beverage company hired an illustrator named Haddon Sund...