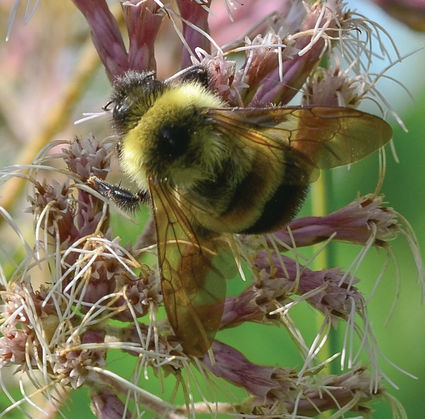 The endangered rusty-patched bumble bee used to be prolific throughout our region. Bumble bees are almost the only pollinators of tomatoes.

The Jo Daviess Conservation Foundation (JDCF) invites the public to a webinar screening of the documentary film "Racing Extinction" on Monday, November 2nd, at 7 pm.

"Racing Extinction" documents the extinction crisis in rarely seen images of endangered species and presents evidence that humans, by action and inaction, are causing species to go extinct at a far, far greater rate than ever recorded, except in previous extinction events.

"It's like we're living in the world of the dinosaurs," Louis Psihoyos says in the film, "but we can do something about it."