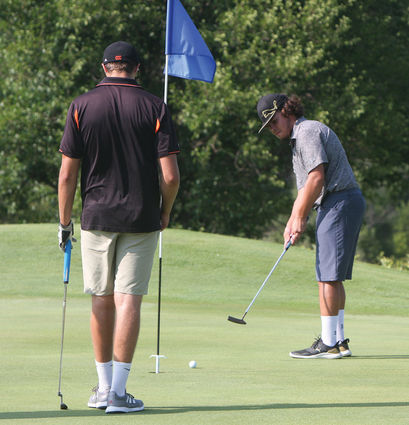 Lena-Winslow's Mikhail Hussain follows the path of his putt.

The Fulton Steamers pulled away for a dominant 23 strike victory to claim first place at the annual Dammann/Wolfe Invitational held at Wolf Hollow Golf Course in Lena.

Teams had to add their scores together over the course of 18 holes, with the lowest four scores being used from each team to arrive at the team total. But while several area teams could not compete with the depth of Fulton, there were still several individual golf...