The Season Has Begun 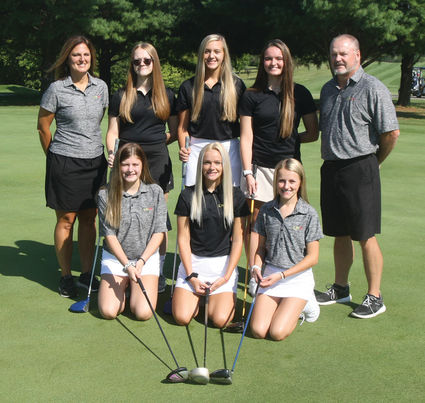 Like many teams in the region, several Volleyball players are going to give Golf a shot. But the LW/PC co-op only used the four returning players in their opening match against Stillman Valley.

It may not get a lot of fanfare, but the LW/PC Ladies Golf Team were the first to resume IHSA competition ever since everything was cancelled last Spring. The LW/PC Girls co-op can boast eight girls on their roster, but due to a lack of experience, only the four returning players competed as they hosted Stillman Valley out at Wolf Hollow Golf Course in Lena. And while the Cardinals of Stillman Valley easily out-shot the Co-op for the win, the true victory is that the match was played.