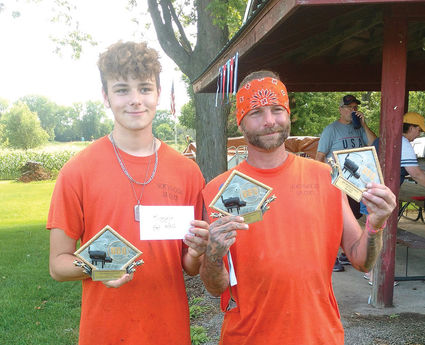 The father son team of Shane and Simon Elder claimed top honors in the BBQ competition.

McConnell hosted a special Raise the Roof fundraiser in order to try and help out the American Legion and Historical Society buildings raise money towards new roof construction for both buildings.

The event was a "socially distanced" BBQ competition, in which seven teams all entered to compete for top honors, with the general public being able to purchase Pulled Pork Sandwiches and other lunch options.

It was not your typical BBQ competition, as they included an "Open" category where the teams could enter their own special creation – and "special" was an understatement as the meals ente...