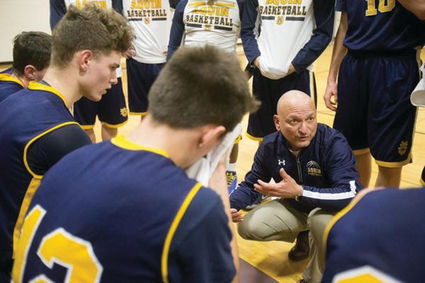 The press release came last week – after six years at the helm of the Aquin Boys' Basketball program, Dr. Keith Martin was stepping down.

So last week, I sat down with him – not to drum up any dirt over his leaving – but to pick the brain of one of our region's more successful coaches.

His resignation was basically due to a rising work load, that when combined with the rigors and intensity of being a successful coach, was – in essence – wiping him out.

"I was exhausted," Martin said. "Over the holiday breaks during our tournament, I was also the only doctor on call, and it weig...