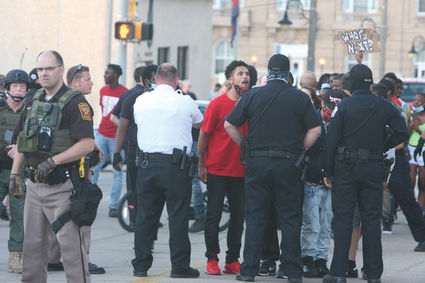 The protesters included a few hot headed instigators who were far more interested in trying to bait the Freeport Police than in holding any form of dialogue.

Social media sent out a call for a protest in Freeport for Sunday night, May 30, beginning at 5:00 pm. But included in the call, were discussions about breaking the windows at the WalMart in town which had prompted them to close early as a precaution, and Cub Foods was also mentioned.