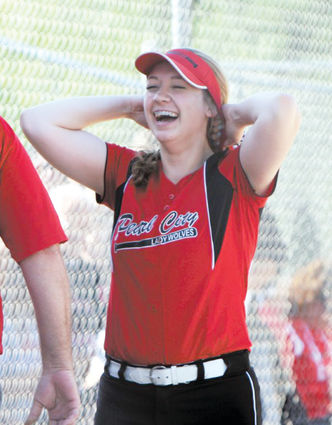 Bronte Wright cut her upper lip smashing into the wall, but she was still all smiles as Pearl City knocked off Aquin.

The Aquin Bulldogs, who were making sure that everyone was able to get into the game, never expected to contend with the Pearl City Wolves, so being able to go a full seven innings against the top seed was a moral victory in their eyes.

Meanwhile, Pearl City was not at all happy with the mistakes they made in the game, but were more than willing to accept the 10-2 victory and get ready for the championship game.

"It wasn't pretty," lamented head coach Mark Melville. "But we haven't played in a week, so hopefully we got this out of our system."