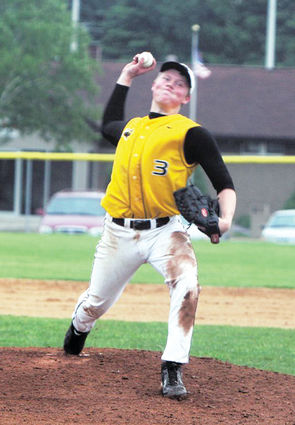 Seth Cory predicted the win in 2010 - a year after Eastland knocked off the Panthers to win the conference in 2009.

At the NHS Induction ceremony last week, Seth Cory asked whether or not the paper would be covering the Panther's big game with Eastland later in the week.

"We're going to win," he said with confidence.

The statement was not a light one – over the past three years, Lena-Winslow has done well in baseball, softball, basketball and volleyball – but the one school they always lost to – the one that always won the title while the Panthers were forced to settle for second, was Eastland.

To knock off the mighty Cougars was going to take a heroic effort, and as the pitcher tagged to face t...