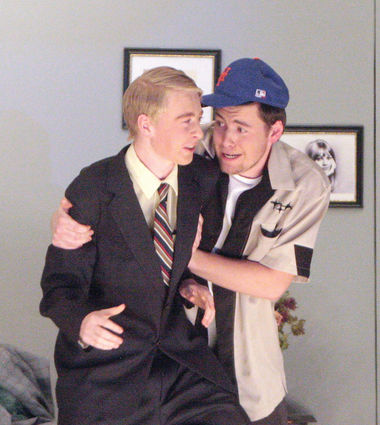 Orangeville seniors, Drew Setterstrom and Will Setterstrom, handled the lead roles of Felix and Oscar in the production.

I only found out the week of the show, but I was thoroughly looking forward to seeing Orangeville's production of the Neil Simon Classic, the Odd Couple last weekend.

I honestly had no idea, other than Timber Oakes, who the Broncos would have to perform as leads, but ever since he took over a couple of years ago, Joseph Davis has done wonders as Director of the Bronco program. And the fact that they were going to put on a classic comedy only added to the excitement – so what if I knew most of the lines by heart – it was a good show.

I can honestly say, the Broncos did not disappoint....