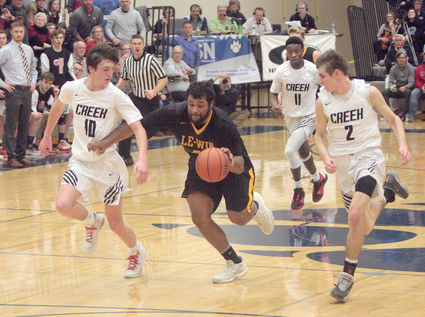 The Panthers were supposed to be overmatched by the top ranked Timberwolves ... but somebody forgot to tell them.

The Indian Creek Timberwolves came into the Sectional undefeated and ranked #1 in the State in Class 1A, so it was understandable that they might not be too worried about taking on a Panther team that had been blown out twice this season by 30+ point margins.

But if Indian Creek is indeed #1, then a very strong argument could be made to include the Panthers in the top five.

For three quarters and five minutes, Lena-Winslow gave the Timberwolves more than they wanted. Isaiah Bruce and Sean Ormiston were nothing less than beasts in the paint as they repeatedly scored against the taller Timb...