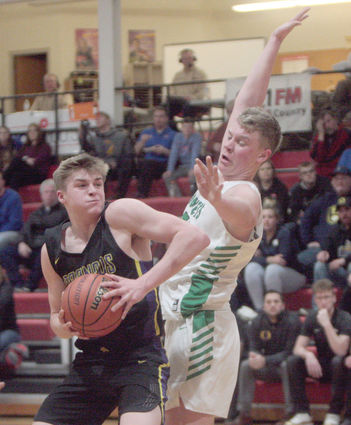 The battle of the big men determined the overall outcome of the game between Scales Mound and Orangeville.

There were several Eastland fans who decided to stay to watch the second game between Scales Mound and Orangeville out of curiosity.

But while the Hornets and Broncos may indeed be from the two smallest public schools in the State of Illinois, the performance they put on display Tuesday night was a delight for true fans to enjoy.

For three quarters the two teams traded blows – both sporting young squads that will return the majority of their players, and both having very athletic players complimented by a big man in the middle. But...