Physicality Is A Factor 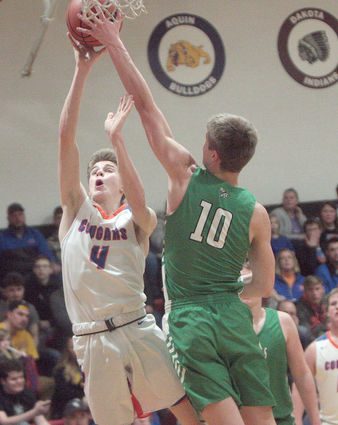 Benjamin Vandigo of Scales Mound swats away the shot attempt by Eastland's Braydin Preston, but the Hornets could not knock off the Cougars.

The Regional semifinal between the Eastland Cougars and Scales Mound Hornets had a couple of really strong storylines running underneath it. On the one hand, the Cougars came in literally "sick" with Brock Coatney stuck at home with the flu, and several other players not close to 100%.

On the other bench, the Scales Mound Hornets were the "babes" in toyland – with a roster made up predominantly of sophomores – they had still set a new school record for wins on the season with 24, an...