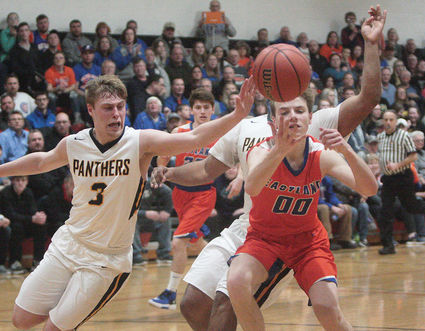 The Panther defense challenged every shot, and seemed to get hands on every pass as they frustrated the Cougars.

Yes, Eastland was suffering from illness on their team, in fact Brock Coatney had just come back to school after battling the flu so badly that his twin sister was living somewhere else to make sure she didn't come down with any form of bug.

But this was Eastland against Lena-Winslow – a rivalry that went across multiple sports. It never mattered who was the better team – when these two locked up ... anything could happen.

Friday night in Pearl City, the Lena-Winslow Panthers delivered a stunning 53-29 blow out of the Cougars that nobody saw co...