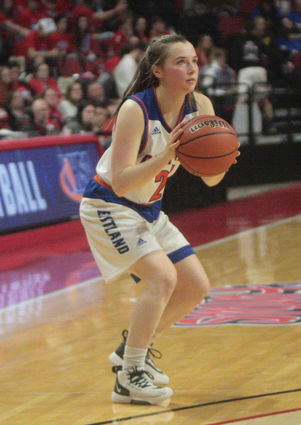 Erin Henze was a little disappointed that she kind of got hosed in the three point competition at Pecatonica when the official stopped her on the last rack and told her she had to shoot from the other side of the rack. She didn't. The rules clearly said she didn't, and the interruption may or may not have cost her as she ended up missing the cut by one.

But if you asked her, competing in the three point show down paled in comparison to putting your name into the record books for three point shooting at the State finals.