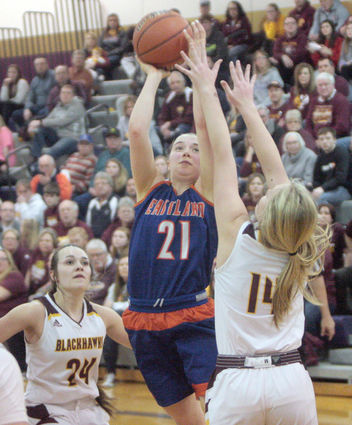 Erin Henze did absolutely nothing in the first half, but led the Cougars back to spoil Stockton's upset bid.

Erin Henze was having a terrible game.

By halftime of the Sectional semifinals against Stockton, Henze had zero points, but three turnovers and two fouls, and Stockton was in front 28-24.

But they play two halves.

"I've had bad shooting games before," Henze admitted. "But even when I'm off, coach Brinker tells me to keep shooting because even if I miss we have a good chance of coming down with the rebound."

A pair of free throws in the third quarter shook her out of her funk, but it was early in the fourth quarter that the All State senior Eastland fans were used to se...