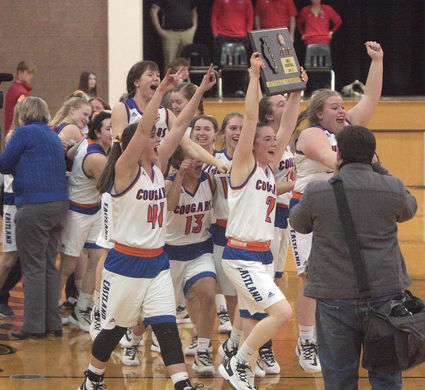 The Eastland Cougars stunned Amboy to claim the Sectional Title 59-58.

With 1:25 to play in the Sectional finals between Eastland and Amboy, the Cougars were on the wrong end of a 56-52 score. But the game was far from over.

Lydia Coatney drove into the lane, stopped and put up a jumper with her body twisted and contorted to try and square up to the basket. But just as every Eastland fan was beginning to groan, it went in to close the gap to two points at 56-54.

On the next possession, sophomore Chloe Sweitzer paid big dividends as she once again smothered Mallory Powers of Amboy, jarring the ball loose, and when the scramble of bodies was over, Eastland had...