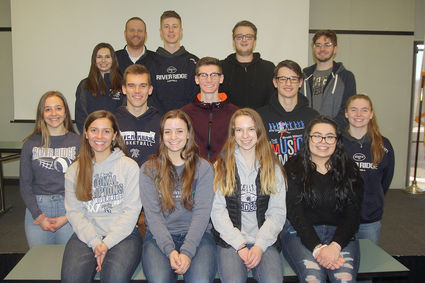 It took far too long to finally receive the results, but when they did come in River Ridge repeated as the local Champion in what is now referred to as the ACES competition. (Formerly known as WYSE)

Over two weeks ago schools took college level exams in several fields, with each student allowed to take up to two tests. Only the top two kids on each exam will now advance on to the State competition in early March, while the top two teams will also advance with all members.

Final results from the Regional held at Highland College were: