Set Up For A Showdown 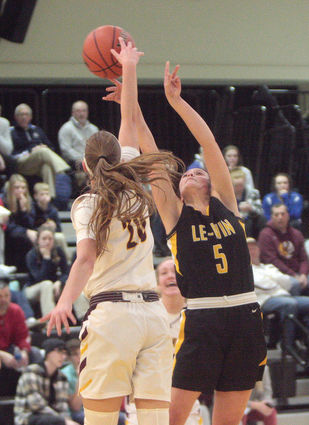 Tiana Time and the Blackhawks swatted Lena-Winslow away in the first half, but had to fight to hold on in the second to advance on to the Regional final.

Both the Aquin Bulldogs and Stockton Blackhawks were able to advance into the Class 1A Regional Championship, but the Bulldogs had a much easier road.

In the opening game between Aquin and Durand, Abby Barr scored the first six points for Aquin, but after racing out to a quick 8-2 lead, Durand suddenly began to battle back.

Lily Moore and Emily Steder were both driving into the middle of the Aquin defense and putting up soft floaters that always seemed to roll in. IN fact, with 4:08 to go in the first, Emily Steder added another one that gave Durand the lead at 10-8.

But Durand made the...