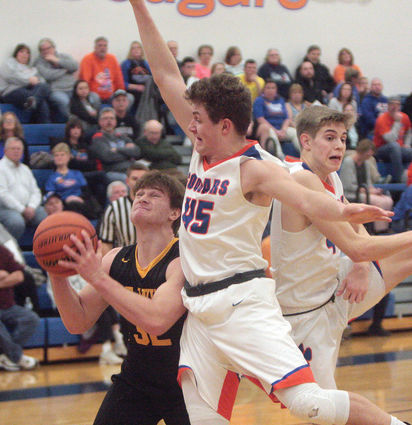 The game got physical and had the few of a post season battle as Lena-Winslow paid a visit to Lanark.

They may no longer be in the same conference, but when the Eastland Cougars and Lena-Winslow Panthers lock up on the basketball court, it is still bound to be a battle.

Monday night in Lanark, the two twenty win teams squared off with Regional seedings on their minds, but the game had all of the intensity of a Regional final. It got physical, it had 9 lead changes, it had incredible performances by players on both sides of the ball, and in the end a defensive gamble helped the Panthers pull off the 53-49 victory.

With just over two minutes to play, Lane Christians had stolen the ball and...