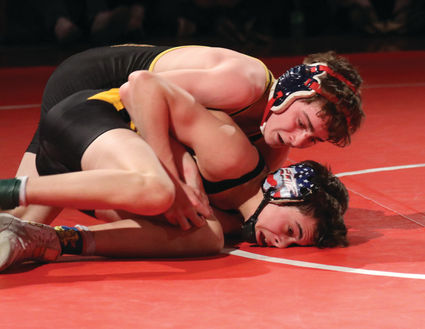 Garrett Luke advanced to state with his second place finish at 106.

The Lena-Winslow Pantherhawks sent nine wrestlers to the Oregon 1A Sectional, and eight of them finished in fourth place or better. The top four automatically advance to the State competition, and Andrew Haas – who finished in fifth – will be an alternate at State – also making the trip.

The complete breakdown was: