A Change In Titles 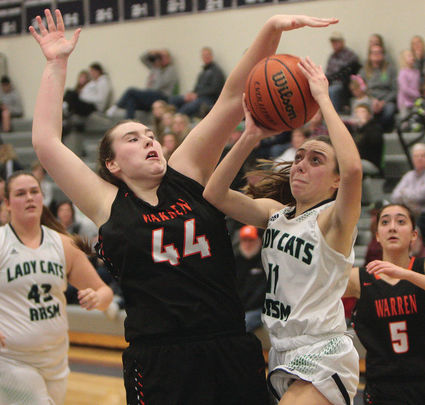 Girls Basketball action is racing down the home stretch as the conference races suddenly got a whole lot tighter.

After falling at home in a close game to the Galena Pirates earlier in the season, the Stockton Blackhawks had the tall task of trying to claim a victory on the Pirate's home floor if they wanted a share of the NUIC West title.

But the Dakota Indians had the advantage of taking on Aquin at home in their rematch after falling at Aquin earlier in the season.

In both cases, Dakota and Stockton had one conference loss, while Galena and Aquin were undefeated.

(The operative word being "were")

Dakota was able to pull out a 51-43 victory at home to leave both teams with identical 10-1 confere...