The Mouse That Roared 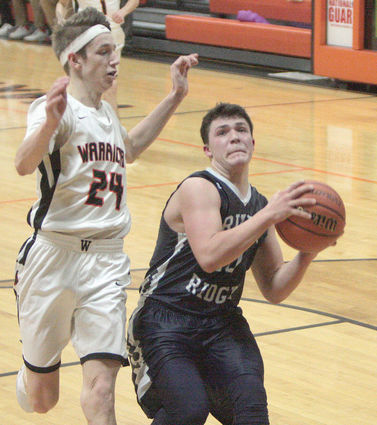 The program officially lists Andy Wurster as being 5'8" tall.

We think it's lying.

But the one thing that nobody can deny is how hard and fast the senior guard works for the River Ridge Wildcats.

"I know he's going to go out there and go 110% all the time. It's the only speed he knows," said head coach Shean Albrecht. "That's why you see him pulling himself out all of the time. He can't keep up with his own pace."

After mounting a furious comeback from ten points down in the final three minutes of regulation, momentum was all on the side of the Warren Warriors as they scored a layup off...