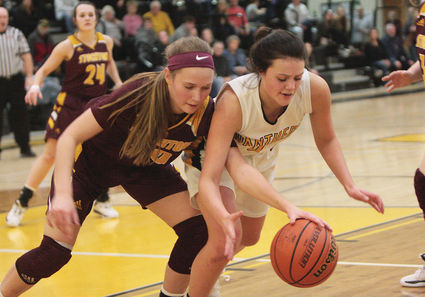 Over the summer, there was a lot of excitement over what kind of game fans would see when Lena-Winslow, and the Mapes sisters, squared off against the Stockton Blackhawks – their former team. But when the day finally arrived Monday night, injuries had taken such a large toll, that the battle was over before it even began as Stockton cruised to the 59-38 victory.

Lena-Winslow was without their leading point guard, Madilyn Schultz – and had been for a month. Sadie Mowerey, her replacement, was still hobbled by a bad ankle sprain she suffered against Aquin weeks ago – so she dressed, bu...