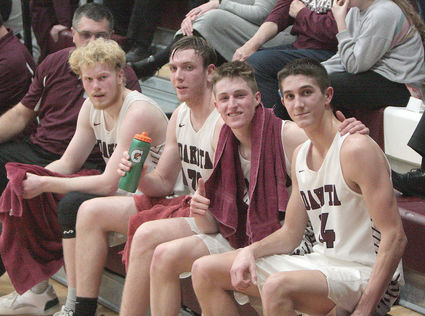 After winning the jump ball to open the game, the Lena-Winslow Panthers came down and worked their offense for a good twenty seconds before Sean Ormiston pulled up and hit a 15 foot jumper for the 2-0 lead.

That was the extent of the Lena-Winslow highlights.

Evan Flynn nailed a three point basket the first time the Indians had the ball, and claimed a lead they would never relinquish.

This was Dakota vs Lena – this was hard nosed defensive in-your-face basketball that needed overtime the first time they played, and it still ended with a relatively low score at 42-40.