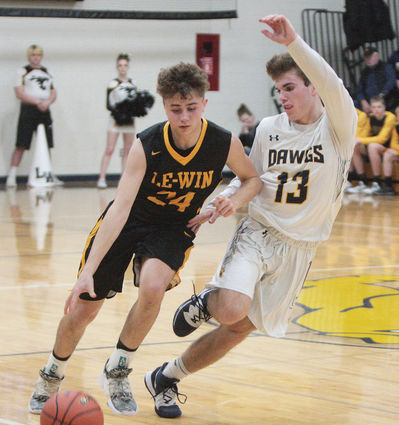 Alex Daughenbaugh needed to have a big night squaring off against Aquin's Will Gustafson.

Both the Lena-Winslow Panthers and Aquin Bulldogs had scouted each other well, and knew what to expect. So when the Panther's Kolton Heun suddenly went off script, it was a major reason why the Panthers pulled away for the 65-53 victory.

Early on, Lena-Winslow was actually "out-Aquining" Aquin as they repeatedly made drives into the paint and as the defense collapsed they dropped a pass to the wide open backside block for the easy basket. Sean Ormiston had three assists all in the first quarter, while Isaiah Bruce also made some impressive passes.

"Our bigs were supposed to keep one foot...