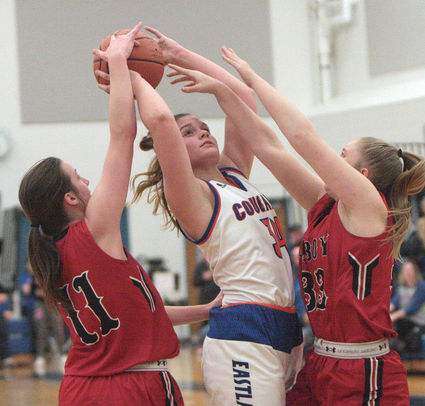 Eastland's Karlie Krogman drew a lot of attention, but the Clippers were never able to stop her.

It was easily the largest crowd to ever watch a regular season basketball at Eastland ... ever. Not only were both fan bases huge, but there were also several coaches of other girls teams – even some who had a game themselves that night – who made the trip to Lanark to see the clash of the Titans as Amboy took on Eastland.

And while Amboy claimed the 68-61 victory nobody who appreciated good basketball was disappointed.

In their first meeting, Eastland had a dreadful first quarter, so they were certain to make sure that didn't repeat itself as Lydia Coatney came out of the gate on fir...