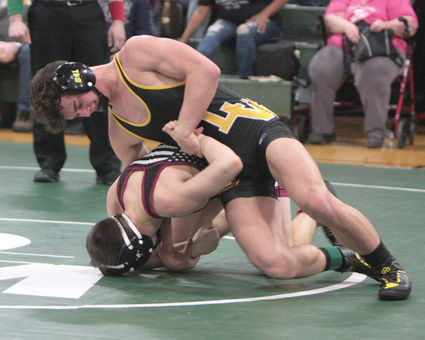 The gymnasium in Savannah was packed as wrestling fans came in to see the clash of Titans when Lena-Winslow/Stockton, West Carroll and Dakota all took to the mat for their annual triangular meet.

While there are several ranking websites, according to the IWCOA, Lena-Winslow/Stockton was #1 in the State in 1A, while Dakota was #2 – although West Carroll was no slouch coming in at #22.

And while there were some major battles in key weights with the Thunder – Ethen Doty and Eli Dertz both had big days for West Carroll as they both swept their opponents from both Dakota and Lena-Winslow/S...