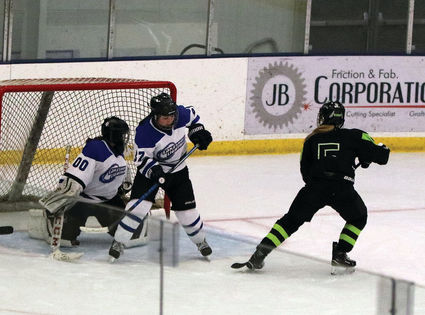 Haley Knauf had a hat trick as she scored three goals in the 5-1 win.

The Rock County Fury Hockey team traveled to Mequon January 14 to take on Lakeshore Lightning. The first period ended scoreless. Less than two minutes into the second period Alyssa Knauf grabbed a loose puck in the neutral zone and passed to her sister Haley Knauf who skated in and shot the puck over the Lightning goalie's shoulder. With five minutes left of the period Haley passed the puck from behind the net to Alyssa who lit the lamp.

On a power play Anika Einbeck skated the puck into Lightning's zone. Alyssa, Anika, and defensemen Sam Wells and Sarah Edler made great passes until Alyssa...