Toughest Shot There Is 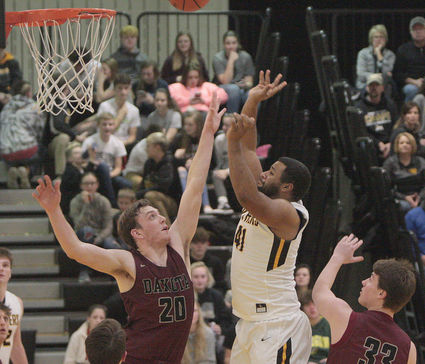 The battle inside between Dakota's Josh Clark and Lena-Winslow's Isaiah Bruce was a lot of fun to watch.

While most players might dream of a big time slam dunk, or draining the big three pointer, the toughest shot in all of basketball is far more pivotal – the free throw.

Every media you could think of was on hand to witness the battle between the Dakota Indians and Lena-Winslow Panthers, as three television stations, Big Radio, and – yes – there was even a Journal-Standard sighting – all made the trek out to Lena to see the battle of two of the best Boys' teams in the region.

In yet another classic battle that extended into overtime, it all came down to the...