Too Many Obstacles To Overcome 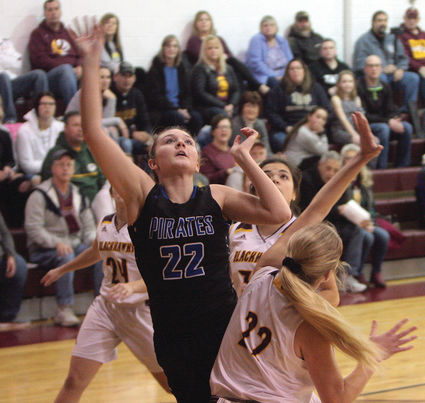 Galena's Mackenzie Muehleip was a major hurdle for Stockton that burned them down the stretch.

There was a lot of screaming going on in the Stockton Gymnasium Friday night ... but it wasn't the good kind. The Blackhawks and Pirates only meet one time before the Regional seed meeting, and with them now in the new NUIC West, this made for a pivotal contest that was incredibly important to both squads.

The problems began with the men in stripes.

They might be great guys, but they had a bad night ... really bad. A shot just before halftime that was still in the player's hands as the buzzer went off had two officials begin to wave it off, only to see the third – who was all the way o...