How Good Are These Guys? 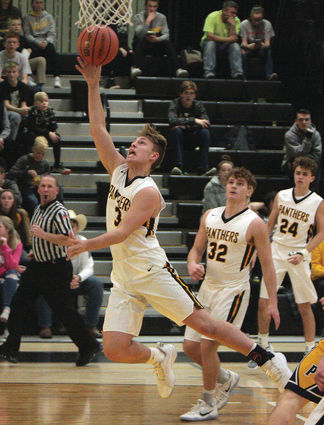 Luke Benson led all players with a 20 point performance that included five from behind the three point line.

The Polo Marcos came into their non-conference battle with Lena-Winslow fresh off of an impressive victory of Oregon, so it was expected to be a serious test for the Panthers who were still suffering from a football hangover.

But instead, Luke Benson drained a three on the opening possession, and Lena-Winslow never looked back as they blitzed the Marcos 52-21 in a running clock victory.

A major key was visible in the first period as the Marcos were trying to run a three man weave along the three point line. But the Panthers were jumping out to cause an immediate double team on the ball â...