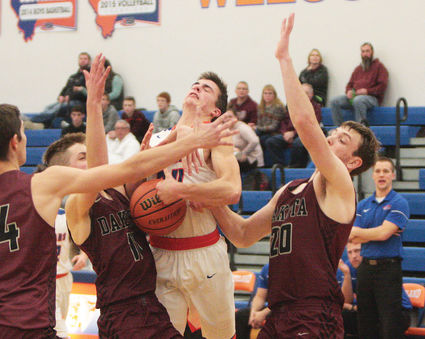 Lane Christians gets mugged in the middle of the paint, but no foul was called in the rugby match between Eastland and Dakota.

When the boxing match – disguised as a basketball game – was sent to the judges for scoring, the split decision came out in favor of the Eastland Cougars by a 41-39 margin.

Physical basketball is expected during the post season when referees don't want to be the ones to determine an outcome, but the tag team body checking mauling that took place in Lanark Wednesday night was almost to the point of being ridiculous. And this came at the hands of a solid group of referees – not some rookie know-nothings.