Wildcats Collecting For Those In Need 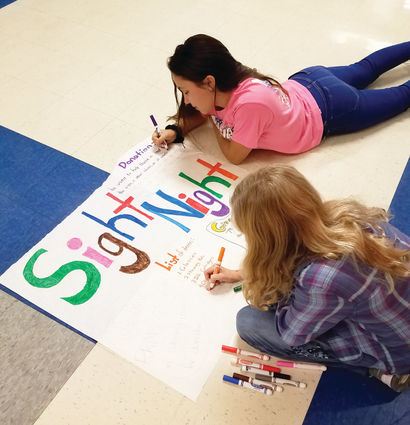 Izzy Haring and Katie Cobine prepare a sign to advertise the collection drive.

The Wildcats of River Ridge are collecting various items, from bottle caps to Christmas lights!

The 7th graders of River Ridge are collecting these items for Warren's Lion's Club, to be sent to areas across the globe to help those in need.

The glasses (If in well enough condition) will be sent to people who need glasses but can't afford them. The other items will be turned in for cash to fund Warren's Lions' Club...