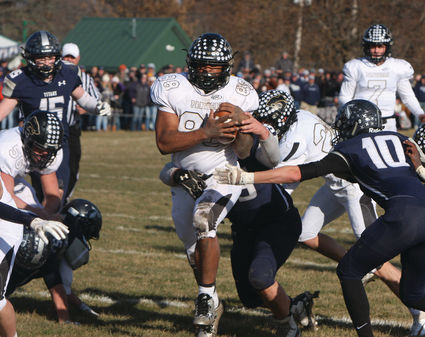 Isaiah Bruce had a huge day for the Panthers as he ran for more than 200 yards and scored three touchdowns.

Last year, the Lena-Winslow Panthers were stunned in the semifinals by Forreston in a game where Isaiah Bruce did not have a strong effort ...

"All during the off season we had the semifinal plaque up in the weight room," Bruce said. "It was a reminder, and gave everybody motivation for this year."

On Saturday in Kewanee, the Panthers found themselves in a rare position. Following an opening drive by the titans that ended in a four yard touchdown pass on fourth and goal from their stand out quarterback Coltin Quagliano to junior tight end Kale Nelson, the Panthers –...