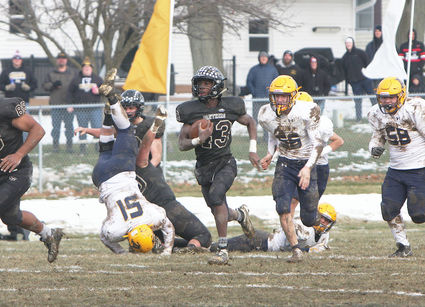 Slippery conditions and a muddy field only added to Aquin's frustrations as Lena-Winslow overwhelmed the Bulldogs.

Ask any football coach and they will tell you if you can make your opponent one dimensional, you have a major advantage. Typically, the Lena-Winslow Panthers stuff opposing running games to force teams to try and throw. But against the Aquin Bulldogs, they got another added advantage.

"The field was definitely in our favor," said Panther head coach Ric Arand. "They like to run that RPO out of the Pistol, and Gustafson is a major threat when he can run downhill off of that, but I think the field conditions took it away from them."

On a muddy and slippery field in which footing was always a...