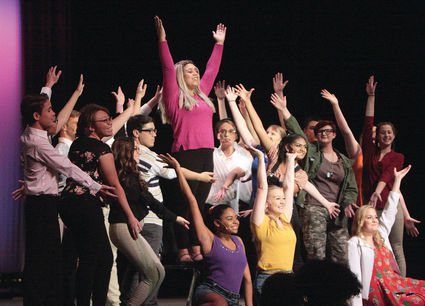 Freeport hit a home run with their production of Legally Blonde

Let's cut to the chase shall we – Freeport has a cast again!

I've been seeing Freeport musicals for over 16 years, and with no disrespect intended to anyone, the last few years the program had been rebuilding with a few token stars, but several holes on stage – to the point where I wasn't sure they'd ever return to the days of Leslie Eiler and the cast of stars who surrounded her.

Well, guess what? They're back!

There was not a single hole in the cast of Legally Blonde – which I give major kudos to them for. I'll run down the performers later, but the bottom line was that the choru...