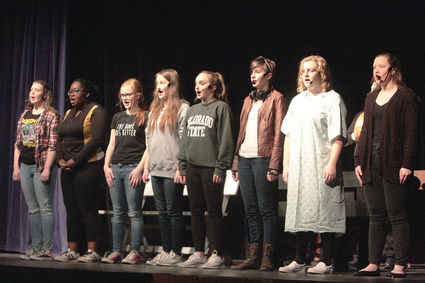 With several senior female performers, Aquin found a strong device to give them all a major challenge.

Aquin pulled off a courageous production last weekend which – while technically it was theater – it would best be described as a series of scenes designed to spark conversation because none of them "resolved" – which was the point. Make the audience determine what the right path would have been.

"Fight For My Self" as explained in the program, was the culmination of a project created by a number of students looking to make an impact on their community. With the help of a grant from the youth philanthropy program known as "In Youth We Trust," Aquin put on a play that addressed the ver...