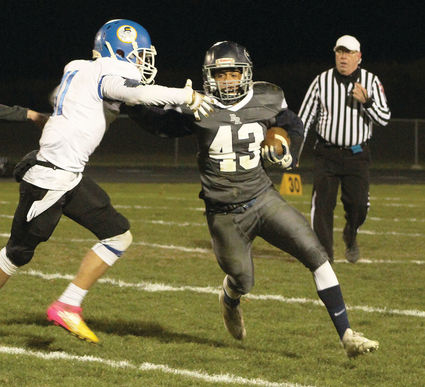 The River Ridge Wildcats played without a couple of their key players in their second round I8FA matchup with Danville Schlarman. No Joseph Diaz. No Jacob Sollars. No problem for the Wildcats as they defeated the Hilltoppers 42-20 to advance on to the State semi-finals.

With Diaz out, the Wildcats relied on running back Caleb Rhodes and quarterback Bryton Engle, effectively cutting their three-man rushing attack down to two. But it was more than enough as the two combined for nearly all of the Wildcats' total offense, leading them to score on six of their seven drives in the game.