Bigger Than The Game 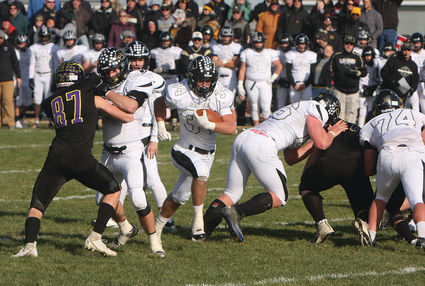 Perfect blocking on the line led to huge plays for the Panthers all day.

Lena-Winslow's running clock win over the Orangeville Broncos in the second round of the IHSA Class 1A Playoffs was not the main story in Orangeville last Saturday.

You see, Panther fans have gotten to expect home playoff games. In fact, even though Lena-Winslow made it all the way to the final four last season, there are some who still see that year as a failure.

But for Orangeville ... seniors Carter Kleckler, Dalton Lowe, Will Setterstrom and Garret Rodebaugh had never seen a home playoff game in their entire lives.

It had been 19 years since Orangeville hosted a pl...