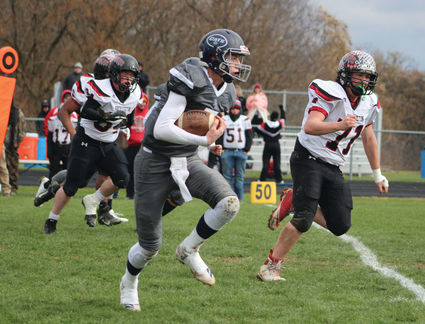 River Ridge thoroughly dominated the North Fulton Wildcats on the field, taking a 34-0 lead at halftime, scored on their first drive of the second half to enact the running clock and won 48-0.

In their first year of playing 8-man football, River Ridge made the playoffs for the first time of the River Ridge Wildcat football program. It was also the first playoff win for the school, which made the IHSA playoffs six times in their co-op with Warren. While there was plenty of excitement, the last play of the first half ended with the wild scene of a small brawl, which resulted in the ejection...