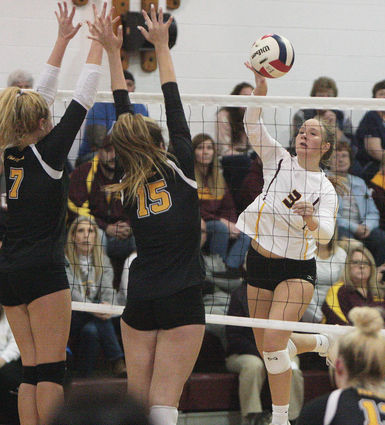 Katie Wright and the Stockton Blackhawks gave Lena-Winslow all it could handle ... at least for the first two games.

Following the Orangeville vs Aquin battle that went into three games Wednesday night, the Stockton Blackhawks continued to follow the theme that no matter how good a team is – they had better show up ready to play as the Blackhawks pushed Lena-Winslow into three games before running out of steam in a 25-23, 23-25, 25-14 conference win for the Panthers in Stockton.

Statistically, Lena-Winslow was stronger at the net as they recorded 13 kills in game one, 14 in two and then 11 more in game three – compared to Stockton's kill numbers of 9, 11, and ... 4.