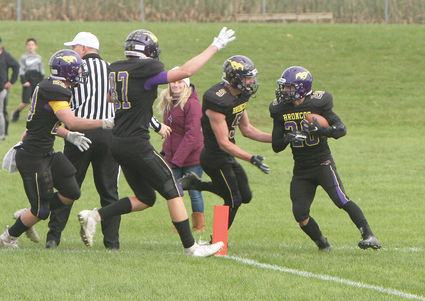 Dalton Lowe doesn't get a lot of attention on the Orangeville Bronco football team. That usually goes out to Garret Rodebaugh, Carter Kleckler, and lately Zach Baker and Jake Doyle have emerged as recognized leaders.

As for Lowe? He just continues to work his tail off as the backup running back and as part of the rotation in the defensive backfield. But on Saturday afternoon in Orangeville, the senior made what could be looked back upon as the play of the season for the Broncos and their playoff hopes.

"I can't say enough good things about that kid," said head coach Jay Doyle. "In all my...