The Win That Wasn't 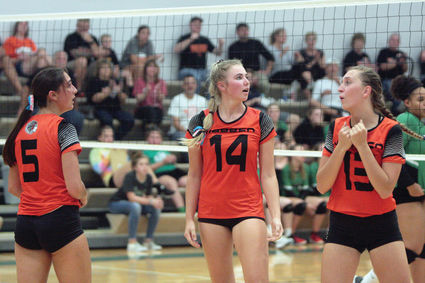 The Warren Warriors could only look on in disbelief after being called for being out of rotation for the sixth time in game two.

With Scales Mound trailing Warren 24-23 in game two of their conference battle Tuesday night, Hornet senior, Claire Wienen, stepped up to serve and launched a shot that the world could tell right away was going to be long.

Just as the ball was sailing deep over the heads of the Warriors and they all began to scream – believing they had won game two and forced a third contest – the whistle blew.

"I was thinking, 'Coach is going to kill me'," Wienen admitted with a grin. "But then I saw the down ref waving her hand in a circle and I knew it wasn't over."

For the sixth time in the match...

Always look forward to seeing you in the stands, Dan, and reading your article the next day.